Naturalis Biodiversity Center
09-MAR-2022 - Orchids are legally protected, but these plants are still widely traded illegally. A new online search engine from Naturalis shows how and where wild terrestrial orchids and their products are sold around the world. Online trading platforms can thus inform consumers which endangered plant species can only be traded with a permit.
Share this page Delen op Facebook Delen op Twitter

Online trade in endangered animals is increasingly restricted, yet legally protected plants are still widely sold through online sales platforms without permits. Take orchids for example. All orchids are covered by the international agreement of the Convention on International Trade in Endangered Species of Wild Fauna and Flora (CITES), which regulates and where necessary bans international trade in endangered animal and plant species, such as orchids. Therefore, orchids should only be moved across trade borders with permits contingent on their sustainable harvesting or cultivation. Many countries also protect wild orchids through national legislation restricting their collection and trade. Unfortunately, this is not yet sufficient to curb illegal trade.

That's why researchers from Naturalis Biodiversity Center came up with a way to map trade routes of wild orchid products. Making use of the internet as a medium through which wildlife trade can be observed, the researchers found that a customised search engine, a so called web crawler, could be used to detect illegal wildlife trade. The researchers developed this web crawler to collect data on sales of salep, a powder that is made of terrestrial orchids that grow within the Mediterranean region. Salep is made from crushed orchid tubers. It is popular in Turkey, Greece and Iran, among others, where it is used as a raw material in coffee or ice creams.

The researchers collected the salep sales data over an 18-month period. The salep powder was sold from several locations that transcended the native Mediterranean range of the orchids used to produce it, extending as far as the US and India.

How is that possible? Susanne Masters, plant scientist at Naturalis and member of the research team on the illegal trade of plant products shares her view: "Both vendors and purchasers of illegally traded orchids may not have been aware of the illegality of their transactions. In particular because trade in wild animals and their derivatives has attracted a lot of attention in media and research, but wild plant trade is less recognised." Still, Masters remains optimistic: "Interventions that increase consumer knowledge about the legal requirements for trade in plants could lead to a reduction in unsustainable trade in wild-harvested species. For example, there is scope for online trading platforms to add pop-up alerts that inform customers when orchids and other plants need a permit for the trade to become legal." 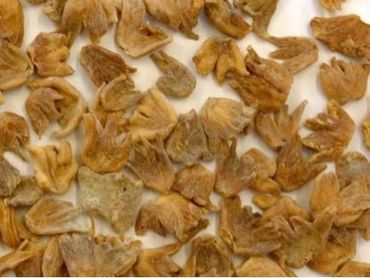 In addition to tracking down illegal trade, the researchers discovered something else: The market value of orchids, collected from the wild for salep, is just a fraction of the resale value of cultivated orchids. "While cultivated pot plants can be a sustainable alternative to wild-harvested orchids, in the case of salep, cultivated orchids do not yet offer an economically viable alternative to wild harvest. That has to change", says Masters. Artificial crosses between orchid species that do not hybridise in the wild and that can be propagated with tissue cultivation could lead to sustainable salep production.