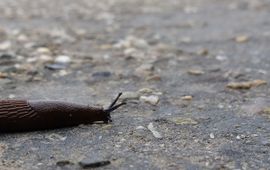 The 4th edition of the Dutch Soil Animal Days saw 856 citizen scientists comb through more than 200 gardens and parks to find some 7500 soil creatures. Findings that stand out after this year's long, dry summer: woodlice have.. 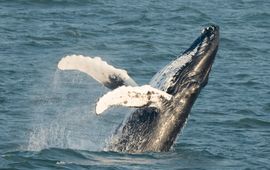 Humpback whale, sperm whale and porpoise on the rise in the North Sea

In recent decades, there have been distribution shifts of several cetacean species in the North Sea. Harbour porpoises almost disappeared from the North Sea in the 1950s, but have made a spectacular comeback. Also on the rise is.. 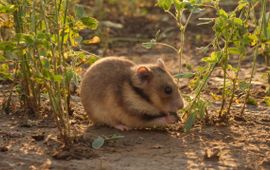 The Romanian hamster is very rare. The species occurs only in Romania, but you hardly ever will see it even there. Yet nature photographer and filmmaker Rollin Verlinde managed to capture it on film. These are possibly the first.. 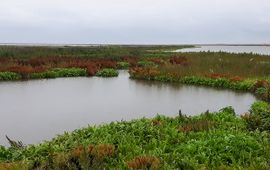 Netherlands' newest piece of nature now open to the public

The first island of the new Marker Wadden is now open to the public. Visitors will be able to see for themselves how abundant nature has already become in this newest part of the Netherlands... 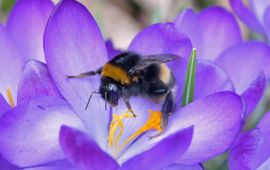 In conventional farming most attention goes out to quality of planting material, soil quality, fertilisation, weed control and similar aspects. Surprisingly little attention is being paid to the importance of ecosystem services.. 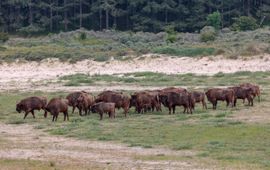 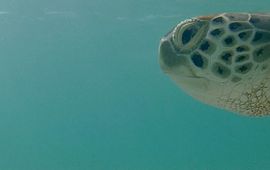 A seagrass species from the Red Sea is outcompeting the native seagrass species in the Caribbean, where the green sea turtle lives. These iconic turtles are seeing their grazing areas decline, because they have little interest in.. 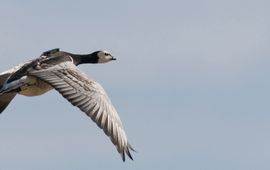 As Arctic temperatures continue to rise, barnacle geese are increasingly at risk of arriving in their breeding areas too late. The good news is that they can speed up their 3,000 kilometre migration to the Arctic, by making fewer.. 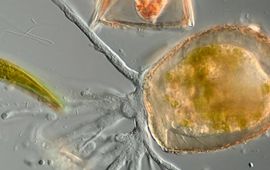 Our ecological knowledge used to end where the soil begins. That's slowly changing, but there are still some soil creatures we know very little about. Protists, for example. These tiny, mostly unicellular organisms are on their.. 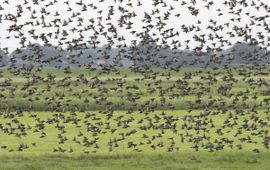 How birds fly in flocks

Many fish species swim in schools and birds fly in flocks. Such collective behaviour must arise from the interactions between the animals. How it works was largely unclear. Wageningen-researchers now provide insight into the..